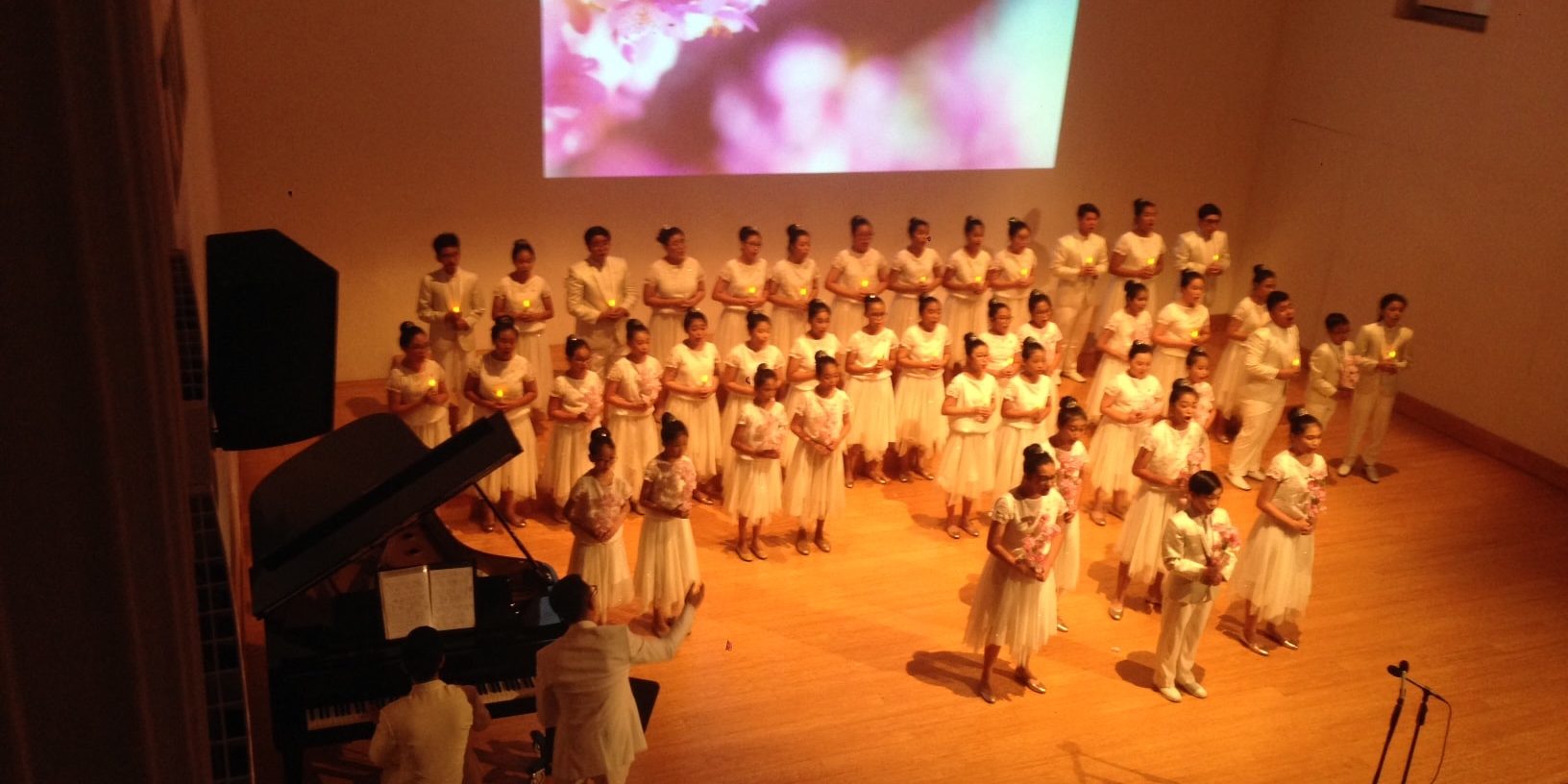 The Resonanz Children’s Choir once again performed on Sunday, 10th June 2018 in Balai Resital Kertanegara, Jakarta in the Pre Concert before they go to Japan fulfilling the invitation by the Embassy of The Republic of Indonesia in Tokyo to perform in a concert commemorating the 60th year of friendship and diplomatic relationship between Indonesia and Japan in Tokyo and Sakai, Osaka.

In the Pre Concert, TRCC performed 12 songs which are going to be sung in Japan , which are : Nyanyian Gembira (Mochtar Embut), As Long As I Have Music (Don Besig), Segalariak (Josu Elberdin), Ondel-Ondel (Tradisional Betawi), Yamko Rambe Yamko (Tradisional Papua), We Will Rock You (Brian May), This Song (Ivo Antognini), Janger (Tradisional Bali), Bungong Jeumpa (Tradisional Aceh),  2 buah lagu tradisional Jepang Sakura Yo and Sakuraand ended with an Encore Nusantara by Elwin Hendrijanto taken from the Musical Show : Suara Hati.

Conducted by their trainers Luciana Dharmadi Oendoen and Rainier Revireino and pianist David Hartono Chendraas usual, the kids performed with full energy and astonishingly in white costumes on the first half of the concert and Balinese costumes on the second half. Singing while also at the same time dancing with quite complicated choreography in many songs without disturbing their vocal qualities, seems not a difficult thing to do anymore for this recently crowned group as the Champion of the 30th Grand Final European Grand Prix in Choral Singing in Maribor, Slovenia in April 2018, which was conducted by Avip Priatna Mag.Art, The Resonanz Music Studio’s music director.

The audience who packed the 270-seat capacity Balai Resital Kertanegara, were also entertained by the beautiful piano playing by Jonathan Kuo , a young talented pianist who has just become one of the Indonesia Steinway Youth Piano Competition 2018 winners He played Sonata by L.V.Beethoven Op.2 No.2 First movement, Etude No. 1 by C.Debussy and Ballade No.2 by F.F.Chopin.

In the concerts which are going to be held at Ebisu Garden Hall, Tokyo on 23rd June 2018 and at Sakai Cultural Center, Sakai, Osaka on 24th June 2018, besides TRCC, there will be another performer Kelompok Paduan Angklung SMA 3 Bandung.

Let’s wish them a successful concert, safe trip to Japan and come back home in good condition.


…… ***
Enjoy your weekend by watching this mag