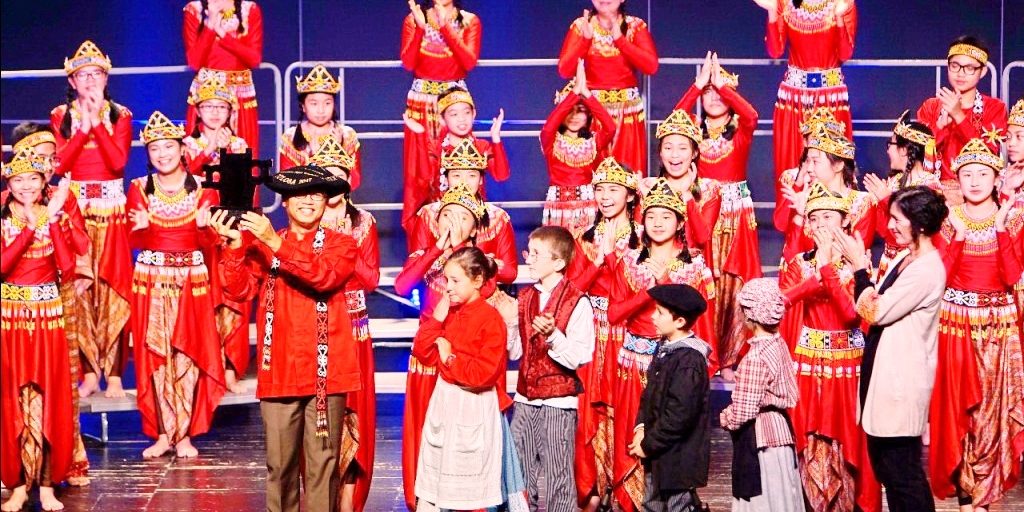 The Resonanz Children’s Choir (TRCC) conducted by Avip Priatna once again booked an outstanding achievement in the international competition. The accomplishment has been made in the 49th Tolosa Choral Contest from 2nd – 5th November 2017 in Tolosa, Spain. This is an additional 10th birthday prize for TRCC which was celebrated in that year.

In the competition, TRCC got the first prize in the Children’s choir category, Public Audience Award and Overall Champion in the Tolosa Choral Contest. This success was the second one in the same year, where TRCC has just won the Overall champion in Musica Eterna Roma International Choral Competition and Festival in July 2017.

The Overall champion predicate was achieved because they got the highest score, defeating all of the contestants from different categories in the Tolosa Choral Contest 2017, including the chamber choir category participated by nine adult choirs which were : Collegium Vocale Hannover; Camara XXI Argentina; The University of Wyoming Collegiate Chorale, USA; and Sansara Choir from Cambridge, UK.

Besides competing in Tolosa , TRCC also had the opportunity performing concerts in several cities nearby, among others Ordizia, Zarauts and Artajona. In those concerts TRCC performed different repertoirs, either classical, modern and traditional, such as Bungong Jeumpa, Las Amarillas, Salve Regina, As Long As I Have Music, and Ondel-ondel.

By winning the Tolosa Choral Contest as the Overall Champion, TRCC was entitled to compete in the grand final of the European Grand Prix which is held in Maribor, Slovenia on 21st April 2018.